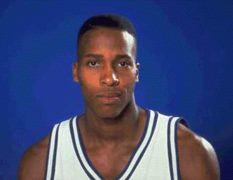 If you would like to advertise your company or product on KSR, please contact me at [email protected].

I am just a few hours removed from returning home from a weekend trip to Raleigh in which I got my first in person look at Cameron Indoor.  And be proud UK fans, there is a certain piece of UK memorabilia buried somewhere (in Red Sox fashion) in that building that will forever haunt the future Greg Paulus’ of the world.  Have fun with the curse of Aminu Timberlake Blue Devil fans.  I always find it interesting you can just walk into buildings like this without any resistance.  The same applied for both the Dean Dome and Freedom Hall.  There was a kid’s camp going on when I was down there, and lets just say if Coach K gets his next group of recruits out of that group of kids, Duke will become as white as ever.  Is Coach K becoming this century’s version of Bear Bryant or Adolph Rupp, going for a complete white-out.  Nonetheless, a fun trip.

1. Wanna know where UK stands on the recruits of 2010?  Jody Demling has the best free info you can find.  Dominique Ferguson now ranked 13th in the class, while Dakotah Euton and KC Ross Miller now both outside of the Top 100.  Along with Ferguson, the state of Indiana has SIX Top 100 recruits for 2010 alone.

2. So just what does the Lakers GM like in Joe Crawford?  The Herald-Leader gives you the scoop.  My initial thought when Crawford was drafted was “have fun sitting behind Kobe forever”, but when you actually look at it, LA might be a good place.  Crawford will never start, but if the Finals showed us anything its the Lakers bench is weaker than people think and Derek Fischer needs to retire.  While Joe will not play the point in the NBA, it still should open minutes.  I think Crawford has a shot to play some minutes immediatly.

3. Kenny Perry clearly didn’t want to have to sweat out a spot on the Ryder Cup team, winning his second tournament this year with a final round 66.  Perry now sits 4th on the updated Ryder Cup standings, but thats still putting Tiger first, meaning Perry actually is 3rd.  JB Holmes dropped another 2 spots to 17th overall, and Steve Flesch is now 39th, 4 spots lower than last week.

4. In honor of Spain’s 1-0 EURO victory (which I didnt watch but sounded boring, sarcasm folks), here is something the majority of us are more interested in, the hot wives and girlfriends.  Also, thanks to the website called Pop Crunch, which followed the entire tournament and gives us 3 great photo galleries of the best looking fans of EURO 2008 (Part 1, Part 2, Part 3)

5. Do you see the amazing play made by the minor league ball girl last week.  Wow, I am in love.  No, its not fake Tomlin.  And yes she loves me back.  Well, screw you then.

6. So, if you didnt hear this story, Bonnie Bernstein went on Mike and Mike and made some comments about the “similarities” between AAU basketball and Palestine suicide bombers.  She prefaces it by saying “this is not a comparison” and then goes on to make a comparison.  While I have always liked Bernstein, this was stupid to say.  Her thought was kids growing up today are taught by parents and coaches its their “destiny” to play in the NBA in the same way kids in Palestine are taught they will be suicide bombers.  Again, I dont say this to start a political debate, just how people use the mask of “not to make a dumb comparison” and then go on to do just that.