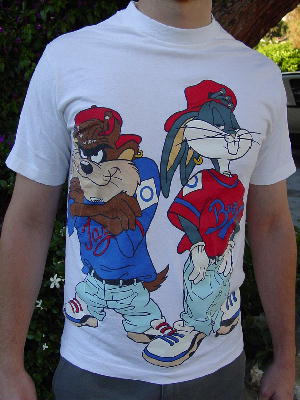 All day, we will be giving you the reports of the four Semifinalists of the “Who Wants to be a Blogger” contest. Every contestant had to do a game report of last night’s contest versus Longwood. They were given free reign to report on the game however they wanted. We will put one up an hour and you can comment on who you think was good, bad and ugly. The top two make the Finals next week. Up first is Chris Minton:

Well, the Cats rubbed another one out tonight by polishing off Longwood 91-57, and I will make an attempt to recap it for you, if the crackers and peanut butter I ate to soak up the beer don’t manage to rupture my stomach lining. Overall, I thought it was a much better effort by UK, especially in the first half, as they showed more intensity on both ends of the floor. They slacked up a bit in the second (did anyone notice the chick behind the Longwood bench licking an ice cream cone at the 16:15 mark?), but a big lead tends to do that to young teams. There was also a vastly improved effort to get the ball inside.

The first half showed that UK came to play tonight, even though it’s hard to make an accurate estimate of improvement against sub-par competition that has played 6 games in 11 days. Still, you have to appreciate the hustle. I thought the Cats did a good job getting after it, and kept their hands busy on defense. The team was able to finish with 10 blocks, but unfortunately, there is still a BIG need for improvement in guarding the 3. They showed a tendency to overplay the wings, and I can’t count the times they would rush the shooter and bite on a ball fake or shot fake that led to open looks. This has been a problem all season; hopefully a solution is coming soon. Also, even though UK did a good job controlling the tempo early, once Longwood starting hitting some 3’s, the Cats came down and immediately shot from outside as well, hardly even attempting to look inside. Again, this is common with a young team, but it could bite them in the rear against good competition.

I thought the court awareness was much better in this game. Even though they finished with 19 turnovers, most of that was miscommunication or bad passes in transition. They made several good entry passes to the post, and the ball movement seemed to be good as well. On the downside, there were way too many point blank misses once the ball got inside. Speaking of misses, Jodie Meeks certainly wasn’t feeling it tonight. He finished with 17 points, but shot his arm off to get them.

As bad as I hate to say it, and it may be the crackers, peanut butter, and beer, but Michael Porter looked much better tonight. He managed to make some good decisions, and didn’t completely have us over a barrel with his PG play. I’m sure part of that was Darius Miller getting the start to ease the load, but I was rather impressed with him. Is it just me, or does Porter tend to run around like the guy at the ball courts who always plays in jeans and a Bugs Bunny shirt? Do you know what I mean? It was the guy who couldn’t dribble or pass or throw it in the creek, but every time the ball went up, he ran like hell, and if he got it, he threw it right back up for a bad miss.

While the second half wasn’t as sharp, they were able to work on some things. I thought they did a decent job with the Patterson/Harrellson high/low early on. I noticed something I like about Josh Harrellson, besides the hustle: almost every time he gets the ball, especially on a rebound, he keeps it above his shoulders and puts up the shot. This is an area that is often overlooked, because it is surprising the number of post players who dribble or put the ball down on an entry pass, which of course gives the defense time to collapse.

As far as things to take away from this game, here is my two cents worth. For starters, the transition game is still iffy at best. However, I noticed that DeAndre Liggins and Miller may be able to remedy this; they took it to the basket several times. Also, Patrick Patterson is a) a beast, and b) the Anquan Boldin of college basketball. How many times did he get hit tonight? I can think of three times, and he kept going hard. The kid played out of his mind tonight, and I’m sure he will only get better, especially since the team is slowly figuring out that Coach Clyde sort of wants them to look inside more. If nothing else, I think we are starting to get an idea of what players/lineups Gillispie is going to use. If he goes with an 8-man rotation, you are looking at Meeks, Patterson, Miller, Stevenson, Porter, Liggins, Harrellson, and Harris. Distantly behind them are AJ Stewart and Kevin Galloway. It’s looking like that bunch is going to see the vast majority of minutes, and if tonight’s game is any indication, they are becoming more cohesive by the day (23 assists on 39 FGs). I look forward to the Kansas State game on Friday; it will be interesting to see how these guys respond to the challenge of a good team.

There was no official word as to whether or not Beisner’s sister went to the game.

Evan: Overall, nothing stands out as bad, which is good. The flip side, however, is that nothing really stands out as great, either. You jumped on the anti-Porter bandwagon with some light bashing of your own. That’s fine, if you’re into that sort of thing. It’s a little trite and used at this point, but I digress. It’s difficult since there is nothing to compare this to, but I think your entry was pretty solid. Good analysis, humor, and the like.

Matt Jones: Good, but not great. Not your best work, but there were a couple of lines that made me laugh. Generally I think you are one of the top two candidates. This one however may not let you get there.

Beisner: Chris, not bad in terms of analysis. I think you did a good job breaking down the game, but like Evan said, nothing exceptionally wonderful. Evan is an expert on decent but not great writing so I’d value his expert opinion. It wasn’t a bad read and you hit a couple of key points, but it didn’t really do anything for me.  And that’s what your sister said to me.  Oh, wait… that’s not what I meant…

Tomlin: Like piling peanut butter and crackers on top of a full beer stomach, this post was satisfying enough if not just what I really hoped it would be. For starters, I didn’t get to see the game last night, and it’s a testament to you that this was a very nice recap of it and likely the best I’ve read. That said, however, if I had been able to see the game, I think this response might be somewhat similar to those above. A solid recap, but nothing totally over-the-moon. But it should be noted that sometimes that works, and is needed, just as well. A very nice job, if safer than your past entries. You’re a good writer.