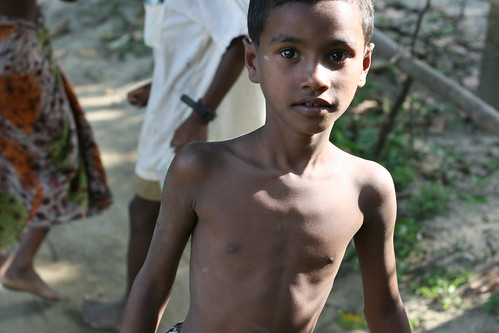 Tough to find a picture, but the “Feed the Children” campaign had a pic of UT’s newest commit.

If there is ANY sport where you would never want to take a commitment from a kid too early, it would be football.  You want to see how a kid grows and fills out, and how his skills develop.

Well, at Tennessee, as we have learned ever since Lane Kiffin took over, they don’t really go by the same “rules” as everybody else.  They just took a commit from a 13-year-old.  The kid is the little brother of Eric Berry, the All-American safety.  The little brother also has a twin brother, who seems to have more than 5 brain cells, and has chosen not to commit to anywhere.  Although, you have to love the article saying the twin brother is more interested in LSU.

And it’s good to know that Billy G will always have a spot at Tennessee, and should fit in quite nicely.