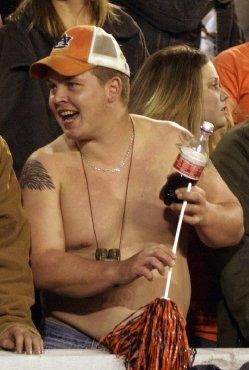 – Before the season began, we all knew that this game was important in terms of post-season opportunities.  The players seem to share the same sentiment and Derrick Locke says “We’ve got to win”, according to the always well-dressed Chip Cosby.

– Echoing that same sentiment, Brett Dawson says that the Cats are excited about earning their first conference win and they want it to come against Auburn.

– Sports Illustrated says that this game features big playmakers on both sides of the ball.

– Five games into the season, Auburn is in the same position as last year.  However, this 5-0 team is better than last season’s version, according to the Opelika News.

– The Birmingham News says to expect a lot of points. And an Auburn win.

-Get to know Auburn, Kentucky.

Make sure you join Matt and I tonight for an Auburn game Live Blog.  It will be the greatest Auburn game live blog this site has ever hosted.