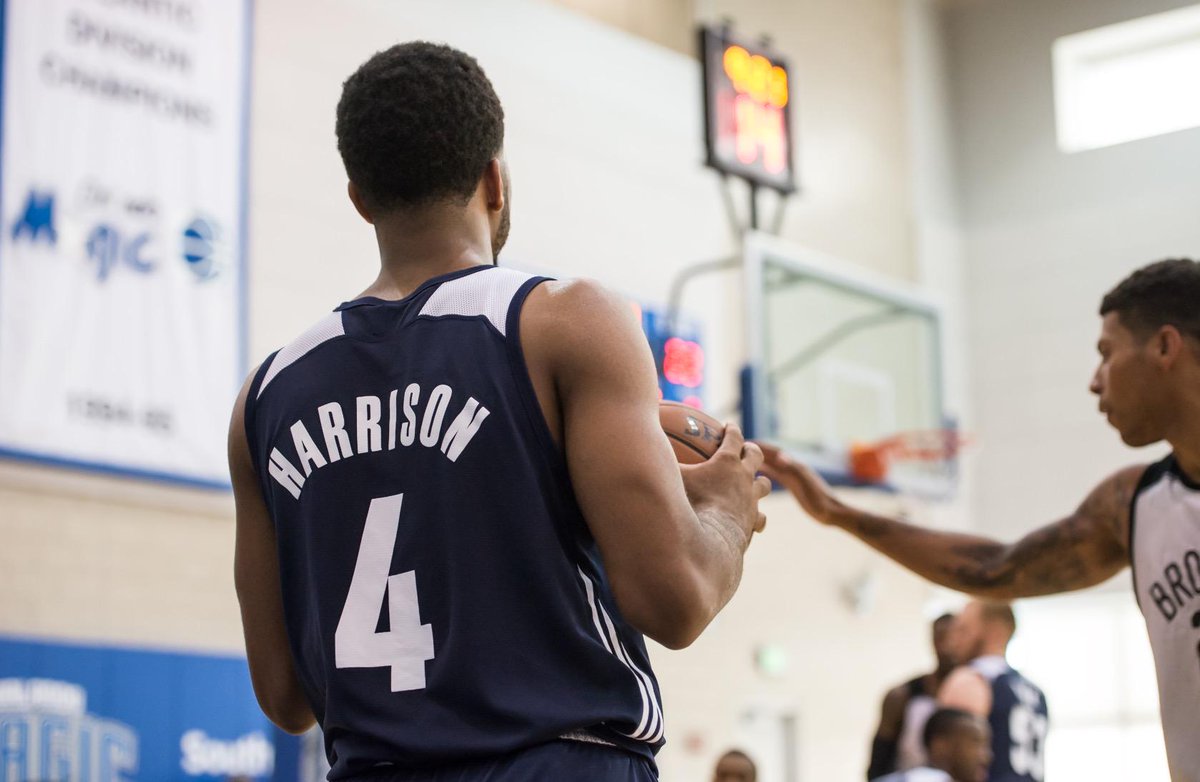 Andrew Harrison will soon play his third NBA Summer League game with the Memphis Grizzlies. The former Kentucky point guard and his fellow NBA hopefuls will tip off with Orlando’s Blue squad on NBA TV at 1:00 pm. The game can also be seen online through the NBA Summer League Live streaming service.

Harrison needs a strong showing after two mediocre performances over the weekend. He went 5-for-13 from the field in two games, drawing criticism from Memphis basketball columnist Tom Firme:

The 20-year-old didn’t show any change in his first two summer league games. He shot 5-of-13 from the field, taking poor jumpers and struggling to finish in tight space.

Without considerable shooting progress, Harrison would need to make his presence felt in areas besides scoring. [Bleacher Report]

Today he will be going up against a backcourt that includes Peyton Siva and 2015 NBA All-Rookie First Team selection Elfrid Payton. Aaron Gordon and “Super” Mario Hezonja, the fifth overall pick in the draft, will also be playing for the Magic.