This is Andy Enfield…

Enfield and Marcum met when he gave her a ride from New York City to Boston to watch the Oklahoma State Cowboys, her alma mater, in the 2003 NCAA tournament. They were engaged six months later.

You’ll be seeing plenty of Marcum on television Friday when FGCU meets Georgetown in the tournament. Even then, when she’s sitting behind the bench in FGCU clothing, we’ll have a hard time understanding how it happened. Something there just doesn’t add up. A lot of somethings, actually.

A few notes from a long day at the tourney…

I can’t find the words to describe to you the scene in Rupp Arena Thursday night. To look up and see the row of prestigious UK banners hanging above a crowd of diehard Louisville fans was an unbearable image for this Kentucky fan. It was like having a nightmare and then waking up from that nightmare in the middle of hell. I know it’s part of hosting the tournament, but I don’t believe there should ever be an occasion where the Louisville Cardinal mascot dances at halfcourt in Rupp Arena to liven up the crowd.

To the Louisville fans’ credit, they provided a great atmosphere for their team; it was a home game, as expected. But that doesn’t make it right. It was a nauseating environment that had me and some of the ushers in the UK 101 Club repulsively shaking our heads.

With that said, Louisville is really good.

The North Carolina A&T band has a new No. 1 fan.

If there’s one bright spot from sticking around to watch Louisville, it was discovering how awesome the North Carolina A&T band is. I had heard about the band before, but sitting directly behind them gave me an up close and personal look at the awesomeness. They danced — I’m not certain everyone in the band had an instrument — and cheered to the beat of Outkast coming through the tubas during timeouts, and laughed uncontrollably when Chane Behanan botched a wide open dunk attempt in the first half. Even when it was a 30 point game, the A&T band was having the time of their lives. The Aggies mascot and cheerleaders were no different, either. They were all just happy to be at the NCAA tournament and it showed.

Davidson’s loss was a heartbreaker.

Matt and I sat in front of a group of Davidson fans in the afternoon session and it was painful to watch that final minute with them. In case you missed it, Marquette went 3-for-3 on three-pointers in the last 60 seconds to come back and get the win. Davidson had a one point lead and the ball with 10 seconds left, but threw it away trying to break the press and then gave up a game-winning layup in the final seconds. It’s the second worst loss I’ve seen in person, behind Madisonville North-Hopkins’ loss to Fairdale in the 2001 Sweet 16.

In English that says, “A trustworthy source told me the Kentucky staff is still recruiting hard and may sign Andrew Wiggins.”

Now, unfortunately there’s not a lot out there to support Chapman’s rumor, in part because Wiggins keeps things very quiet, but Rex wouldn’t throw that out there if he didn’t think it had potential. There has to be something to it.

No one knows where the Wiltjer rumor originated, but it’s out there nonetheless thanks to Jerry Meyer from 247 Sports sharing it with the masses. As Matt mentioned in his afternoon notes, the Wiltjer-to-Gonzaga talk is very premature right now, especially when he hasn’t met with Calipari to discuss the future, as all players will next week. Not only that, there was talk not even a month ago about Greg Wiltjer looking to move his family to Lexington to be closer to Kyle for his junior and senior seasons.

We can’t debunk the rumor now since we don’t know where it started, but I find it pretty hard to believe Kyle Wiltjer would’ve decided on such a life-altering move not even 24 hours after the season ended. I guess we’ll know for sure after he meets with Calipari next week.

Our own Nick Roush was in the building, you can read his recap here.

It sounds like Collins Ukwu and Matt Smith are two guys who will get some looks, along with Larry Warford, of course. Warford will likely go in the second or third round.

This Missouri game is looking ugly for the Tigers.

Frank Haith, who thanked Coach Cal and UK for the hospitality Thursday, is about to go 0-2 in Rupp Arena on the season if something doesn’t change soon. It’s looking like a Colorado State-Louisville matchup on Saturday.

The former Cat celebrated a birthday on Thursday. The students at Johnson Elementary School in New Orleans took good care of him… 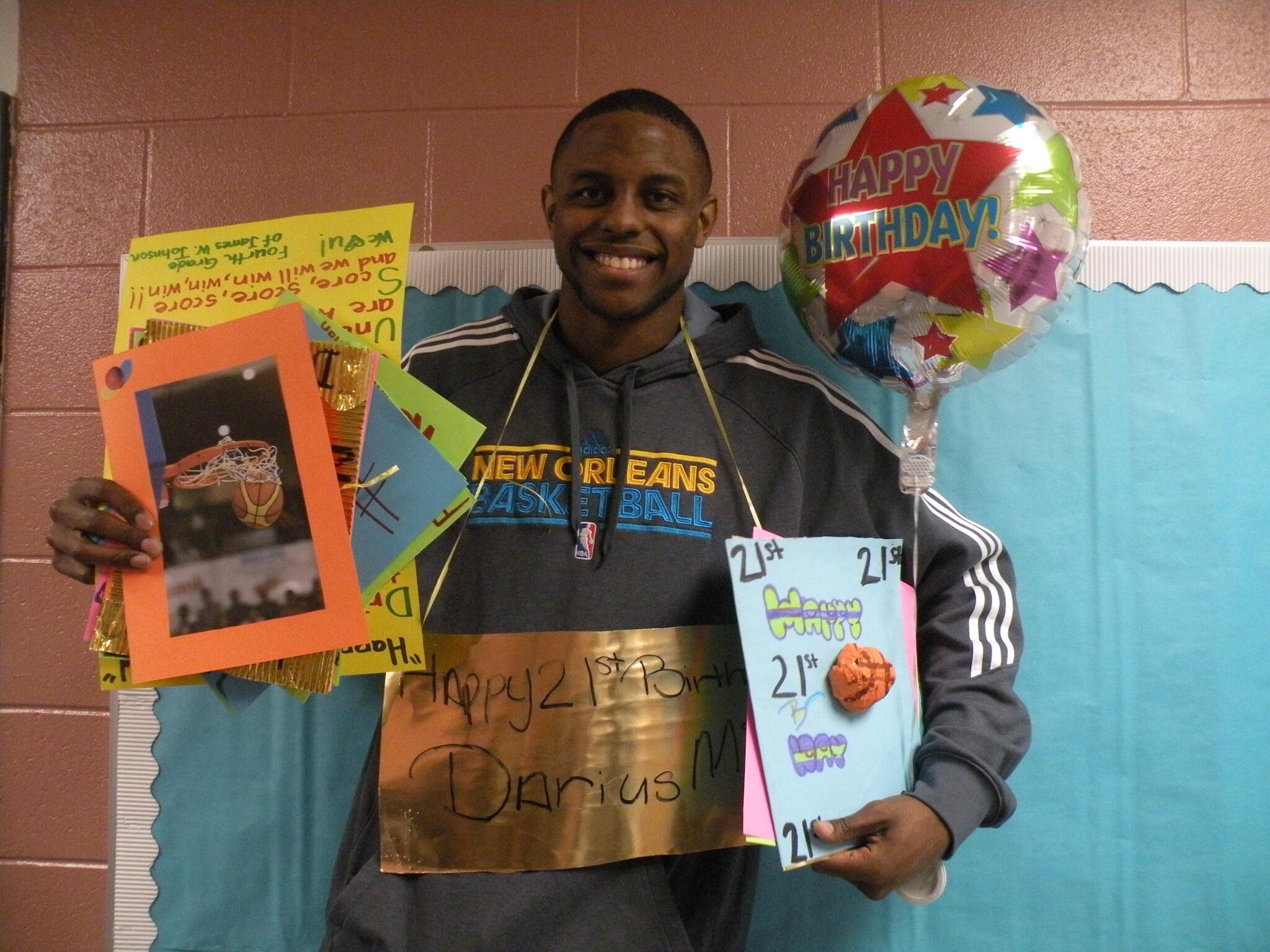