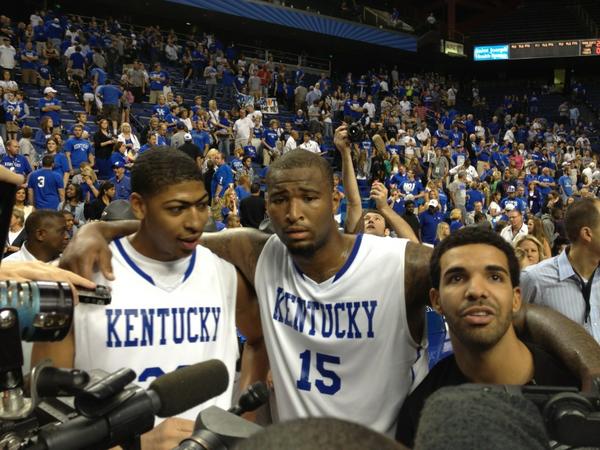 The date has been set. In just over a month on September 9th, 2013 the two titans of the Cal era will square off to determine basketball superiority. On one side you have the 2012 National Champions with the addition of Brandon Knight. On the other the 2010 group of all-stars with several years of pro experience. We’ve looked at the match-ups at the 1, 2, 3, and 4. Now its time to look at two of the top five Centers to ever wear the Blue and White. Who will dominate in just under two months? Let’s debate in this week’s breakdown:

Last September Cousins and Davis joined up for the first time on the floor of Rupp Arena in last year’s Alumni Game. Davis was a force going for forty points and being generally unstoppable. His effort was only outdone by one man, DeMarcus Cousins who went for 42.  Cousins is on the cusp of becoming a superstar in the NBA. The big man lead the league in scoring and rebounding per minute and if he could get his attitude  in line could be an all-star next season. DeMarcus reconnected with Wall could prove to be an unstoppable duo and push the 2010 team to victory.

Backing up Big Cuz will be Perry Stevenson. Stevenson has been out of the D-League for a few years now so one big question mark will be how ready he is to back-up DeMarcus. In limited minutes he should be fine and he may be able to throw down another UNLV-esque monster jam. He finished fifth in blocks  and I would expect him to rack up a few more as he tries to guard Eloy. 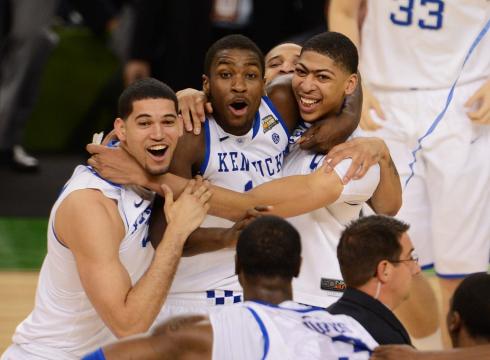 You know them you love them. The 2012 Center duo. Anthony Davis will go down as possibly the best player to ever play for Kentucky as no player accomplished more in one season.  Davis has also begun to come into his own as a pro demonstrated by a great showing last week at the team USA open camp. Davis will become one of those players to pay dividends to his college for decades to come as an NBA all star. The only question for this one is how he will match-up with Cousins’ size. It’s a classic speed and athleticism versus power and size battle. Davis is probably the more complete player but I’d expect both of these guys to go for big points once again.

Vargas surprised much of the Big Blue Nation with some solid play at the NBA summer league. I doubt he will make an NBA roster but he still provides a nice option to give AD some rest.

Who do you think will win the battle beneath the basket and the alumni game? No matter what it will certainly be a fun one to watch.