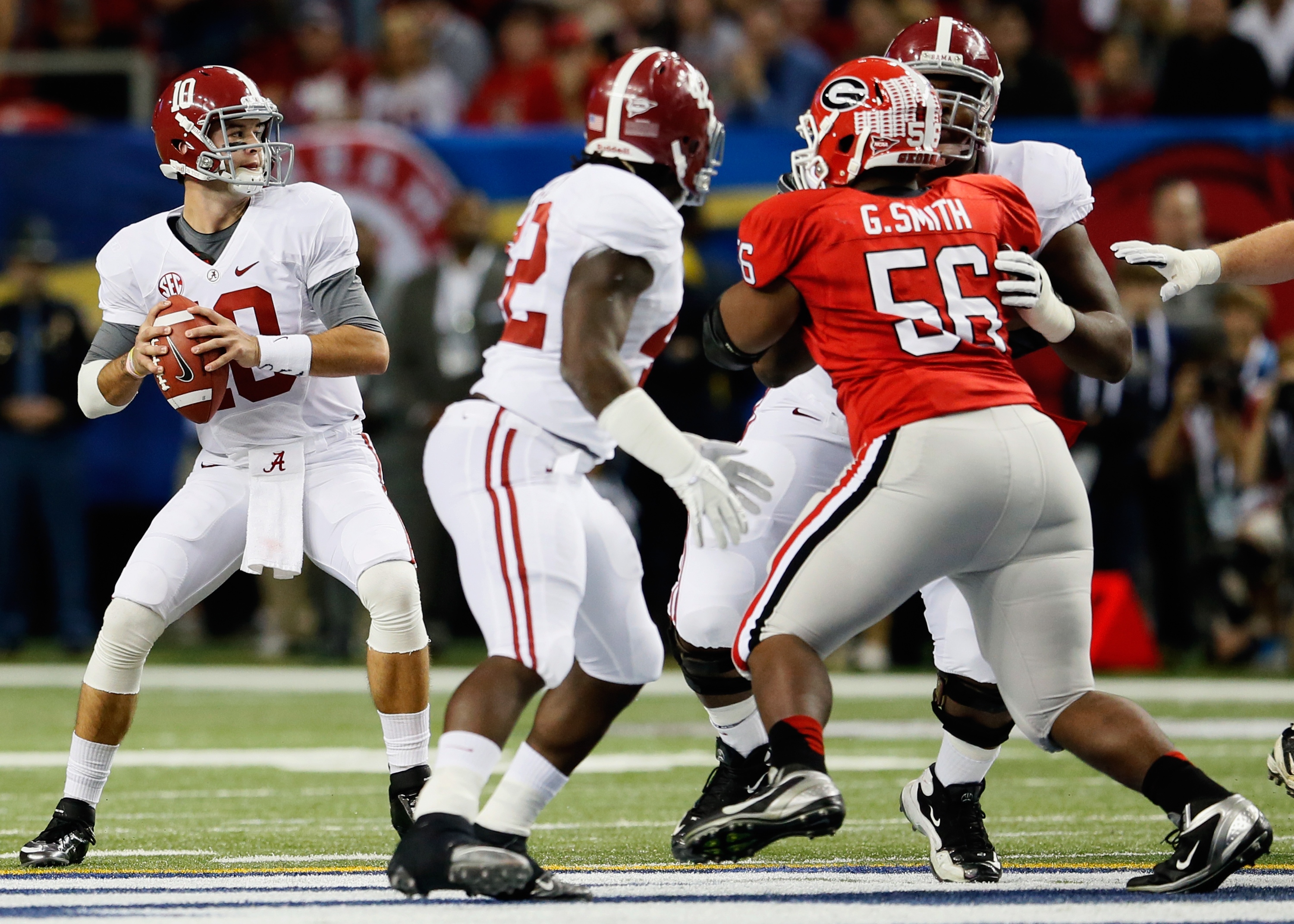 What’s old is new again after tonight’s SEC title game that saw Georgia take on Alabama in one of the best football games of the year. The game was back and forth all night and a game worthy of determining the rightful champion of the SEC. Georgia had a great drive to end the game but were beaten by the clock at the goal line. Next up for the Tide will be another blue blood of college football, Notre Dame. After so much Manti Te’o during Thursday night’s game I can’t wait to see the Irish get crushed by playing a real team. Alabama has a chance to make it four in a row for their state including 3 of the last four going to Tuscaloosa. Go SEC!

-Florida State and Mark Stoops are in action currently on ESPN as they take on Georgia Tech for the ACC championship. The game will be the final time that Stoops coaches the Seminoles as he will leave the team tomorrow to move to Lexington. This vaunted defense should  be fun to watch as I doubt many Wildcat fans paid much attention to them before this week.

-Deandre Liggins was called back up to the Thunder from the D-League tonight. The Thunder will take on two former Cats as they square off against the Hornets. Congrats to Liggins as he gets to continue living out his dreams.

What’s your score predictions for the now determined national championship?