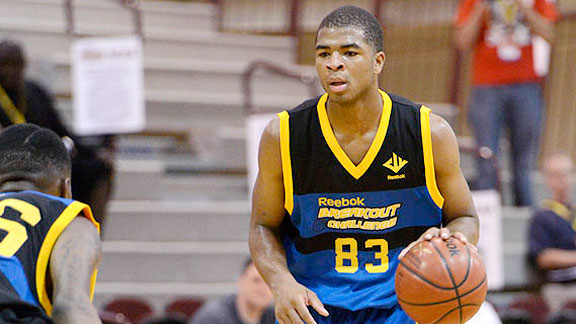 Before Team USA beat New York City (that doesn’t seem fair) in the Big Strick Classic over the weekend, Andrew and Aaron Harrison chatted with the media about their recruitment as it comes closer to an end. Aaron Harrison, Scout.com’s second ranked player and second ranked Harrison in the class of 2013, told SNY.tv that three schools are contacting him the most: Kentucky, Baylor and Maryland.

Of Kentucky, the slightly older Harrison said, “I mean, they always have a good class of players. Coach Calipari knows how to put a lot of great players together and make them win so he would just have another great class.”

Watch as Aaron discusses Kentucky and the other schools he is considering in this video with Adam Zagoria.