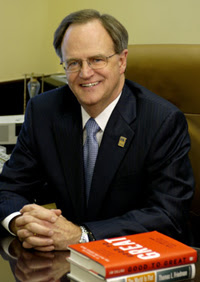 “I’m very disappointed in what appears to me to be an inconsistent decision that leaves an outstanding young man without any recourse. It’s very disappointing that this young man, who along with his family intended to do everything the right way and in compliance with the rules, won’t be able to pursue his dream of playing at UK and in intercollegiate athletics. As an NCAA board member, I continue to be puzzled and confused by the reasoning behind this decision, which seems to be an inconsistent and arbitrary application of the rules. It is unfortunate and disappointing that Enes and his family have been negatively impacted by this process. It is certainly a matter I will continue to try to understand and question in my remaining time on the board as part of an organization, whose stated purpose is to put families and student athletes first.”