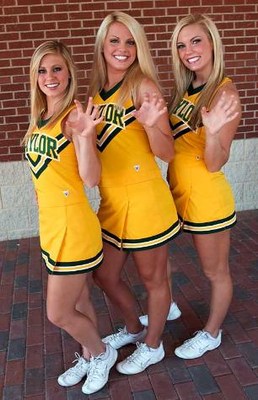 First, Baylor was contesting Texas A&M’s leaving for the SEC.  Then, they weren’t.  Now they are again – and they have company.  According to Suzanne Halliburton of the Austin American-Statesman, Baylor is now joined by Kansas and Iowa State in stating that they will not waive their legal rights and just watch the Aggies leave the Big 12 behind.  In the short-term, it’s a pretty smart move on the part of three schools that could potentially be left searching for a comfortable landing spot after the conference splits.  In the long-term, it doesn’t appear that it will make a huge impact in keeping the Aggies out of the SEC.  You’re now free to focus on more important things….like who’s coming with them?