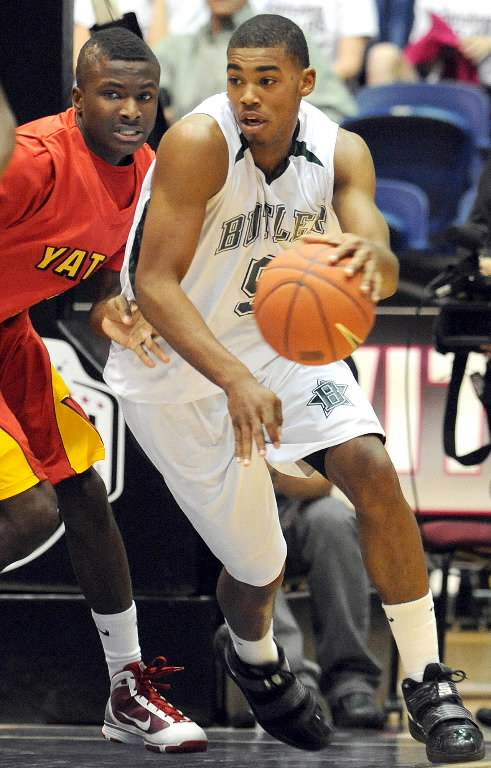 For weeks, Big Blue Nation has heard about Trevor Lacey being targeted by Kentucky. Now we find out that the 6-foot-3 shooting guard out of Alabama has a good idea of his recruitment. The class of 2011 star is ready for a big summer but has thought about recruitment at the same time.

Lacey is currently looking at “Alabama, Auburn, Georgia Tech, Memphis, Tennessee, UCLA and Mississippi State,” as well as the Wildcats. Trevor and Kentucky are on good terms as he does have an offer from them. “They are on me pretty good,” he stated.

So is Calipari and company the favorite to land the top 25 player? Lacey simply responded, “yes.” Yes, meaning Kentucky is his favorite at the moment and he is a big fan of “their coaching style and fan base.” So when will he commit? That won’t be to soon.

The guard who can shoot, pass, dribble and defend very well has some plans. “I’m taking a couple visits before I commit,” stated Trevor. It may be to late for other schools to get in though as Big Blue’s Coaching staff will make a run at getting Trevor’s pledge this summer.

Has Kentucky found another addition to the phenomenal class of Mike Gilchrist and Marquis Teague? Quite possibly!