After living my first twenty-one years mere minutes away from the hallowed halls of Rupp Arena, it was something of a culture shock when I got to Chicago and experienced the professional sports fan mentality. Most Chicagoans would be hard-pressed to name a local collegiate sports star (keep in mind that University of Illinois is over two hours away in Urbana; the local Chicago universities are DePaul, Loyola, and Northwestern). Hell, it took me a full year of attending DePaul to even realize that we didn’t have a football team. College sports are mere blips on the radar, the well-timed bracket to keep us distracted from the Cubs’ spring training.

As a fan, I’ve always championed collegiate sports over professional ones on the court. I like how the rough edges of college athletics balance out with the pure joy of winning without an incentive besides a love for the game. However, with nearly two years under my belt in the Windy City (I type as I hunker down in my apartment while the tornado sirens go off and my phone constantly vibrates with worried texts from Patti Geil)- I have to admit, there are some upsides to living in a decidedly pro sports-crazy town. So I did what I do best- made a list.

Note: Considering I’ve only ever lived in Lexington and Chicago, the items on my list are tailored to these two cities that I love so much. However, with a little tweaking, they can pretty much be applied to any college or pro sports town. 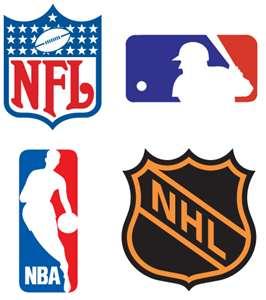 –The “season” never truly ends. Here in Chicago, I don’t have a clear concept of what an “off-season” is. We go straight from football to basketball to hockey to baseball and back to football- with the sports overlapping constantly, especially if one team is in the playoffs (looking at you, Hawks). For anyone who truly enjoys following sports or watching games live, it’s a godsend.

-Going to a game is more than just going to a game- it’s an experience. How many of y’all have “Seeing the ivy at Wrigley” on your bucket list (besides John Wilmhoff and David Mulloy)? The historic ivy wall, singing along to “Chelsea Dagger” after a Hawks goal, walking up to the simultaneously majestic and futuristic facade of Soldier Field- they all make the journey (and yes, the expenses) of going to a game worth much more than face value.

-Beer. You get to drink at games. Of course, this blessing occurs in conferences outside of the SEC, but since this is a Kentucky sports site, I think it’s relevant. Never mind that the beers cost more than my hourly rate for nannying.

–It’s tough to be loyal to players when their contracts can be bought out at the drop of the hat. Most pro cities are lucky enough to have a few iconic players who will forever be associated with that time, like Brian Urlacher and Michael Jordan. However, at the end of the day, professional sports are a business, and players can move around at any moment. In college sports, you’ll never see a player transfer from Duke to UNC (Marvin Stone is a very rare exception)- but ask Andrew McCarthy how he feels about Ray Allen. Double dog dare you.

-The passion is dispersed. Because pro sports cities have an abundance of games to watch and players to discuss, it’s easy to get by as a half-interested fan at the water cooler. There’s a lot going on at any given time, making it difficult to get a hold on everything at once.

–It’s about the players more than the fans. Whereas colleges with passionate fan bases hold tons of fan friendly events- think about all the variations of Big Blue Madness that happen around the country- professional sports teams don’t always proportionally reciprocate the love they get from their fans.

–Fans get to know players before they’re stars. Everyone in Lexington has a brush-with-fame story involving a UK basketball player who’s now in the pros. I still have pictures on my phone with Darius and Jorts at Tin Roof, I remember ordering a Ho Burger behind Brandon Knight one (late) night, and back in the day, Chuck Hayes threw out the first pitch of Little League season at Ecton Park. It’s fun, gratifying, and incredibly memorable for fans to be able to interact with the players on a personal level before they’re all signed with agents and charge $50 a picture.

-All of the local coverage. While living in Lexington, I knew the moment Doron Lamb changed his socks (and probably wrote a post about it for KSR). Of course, the media covers professional sports very thoroughly, but not with the depth, love, and dare I say obsession of a small college town.

–Community. As I’ve learned from all of the BBN Ex-Pat interviews I’ve conducted (love you guys, by the way. Keep emailing me!), it’s impossible to replicate the sense of community felt by Kentucky fans outside of Lexington. We try, but it’s just not the same as heading to Pazzo’s for an away game or driving down High Street past all the “I NEED TICKETS!” signs.

-Better rivalries. You can talk to me about Cross-Town Classics and Lakers-Celtics til you’re blue in the face, but from a fan’s perspective, there is no one meaner than a college kid with a painted face and a forty in him. College rivalries are rougher, rowdier, more enduring, and more divisive than pro sports rivalries.

-Off season is THE WORST. For as much pent-up energy as we expend during the season, you’d think fans would be happy with a break in sports chatter and games. Nope. Not at all. I’m pretty sure the little AT&T girl was talking about sports in a college town when she said “We want more. We want more. Like, you really like it. You want more!”

-Facilities aren’t as nice. I love Rupp, and I get along with Commonwealth pretty well too, but Kentucky, if I’m paying to go to a game, I’d at least like to enter a women’s bathroom without a trough sink. I really don’t think that’s too much to ask.

-College sports towns are great for college kids… but once you leave undergrad behind, it can be just a little less fun. I’m 23 and I honestly can’t hang like I used to. Limestone for the post-championship game? Obviously. But pre gaming at Two Keys and John Wall shots at every TV timeout until the game is over or I hit the floor? Not so much fun anymore.

All in all, I think Lexington fans have the best of both worlds (*Miley Cyrus voice*). We get the intimacy of college sports fandom, but with Calipari in town, our basketball team is basically a professional team already, with all the requisite bells, whistles, and Jay-Z appearances. What do y’all think? Anything you wish Lexington had that a pro sports city gets? Or do we live in a fan’s paradise?