Just two days removed from a slugfest with the Texas Longhorns, the Cats will once again be taking to the court for a quick “tune-up”. Once again they’ll be taking on a team with aspirations of winning their conference. However, this time it’s a game that is a bit more friendly as Kentucky takes on their neighbor just down I-75, the Eastern Kentucky Colonels. With many EKU alumni likely reading this site, the Colonels, should have a strong contingent of fans inside Rupp Arena tomorrow pulling for a good showing from their alma mater.

For those of us that don’t keep with with EKU athletics, here are 10 things you need to know before tomorrow’s 6 pm tipoff.

Tomorrow will be the tenth meeting of the Cats and Colonels. Kentucky has beaten EKU 9 times since their first meeting in 1990 but that doesn’t count a 35-10 UK win from back in 1928. EKU was known as Eastern Normal back in those days.

2. The last EKU/ Kentucky game was rescheduled due to a bowl game

The Cats last took on the Colonels in 2006 one day after the Music City Bowl. The game was originally slated for a Friday night but the two schools agreed to move the game up when the Cats were going bowling for the first time in 7 years. The Cats won thanks to a big game from Randolph Morris and you can check out Tomlin’s recap here. It’s too bad we couldn’t have that bowl game issue this season too.

3. The Colonels Are Top 25 in Points Per Game

Eastern will lead the Cats in one statistical category coming into this contest and that is points per game. Coach Jeff Neubauer’s team is averaging 81.2 points each contest which is the highest of any team Kentucky has played. Granted, those teams all had to play Kentucky whose defense would skew the points downward a good deal. 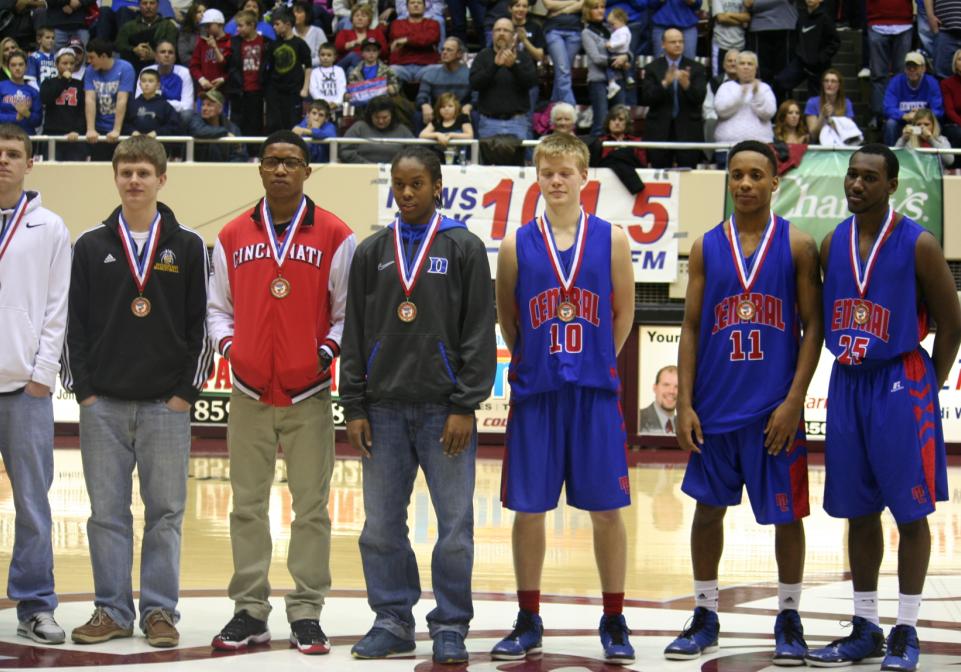 Three players on Eastern’s roster hail from the Bluegrass state and all three helped lead their teams to the KHSAA sweet 16. First up is Timmy Knipp who helped lead tiny Elliott County to 3 state tournaments en route to being named the 2011 Gatorade KY Player of the Year. Robbie Stenzel made two trips to Rupp as a member of Clark County and remains the Cardinal’s leading scorer. Finally, Daniel Parke was a teammate of Dominique Hawkins and the Madison Central team that won the state championship in 2013. Pretty solid trio of Kentucky boys.

5. The Colonels are the defending OVC Champs.

The Colonels won 7 straight to close out last season and took down Belmont in the OVC Championship game. Eastern then gave Kansas all they wanted in the opening round of the NCAA tournament before being eliminated. EKU returns just two starters from that team.

6. EKU assistant Luke Strege was on the sidelines for one UK upset.

Strege was a graduate assistant at WKU when the Hilltoppers took down the Cats in 2001.  Time to get some revenge.

Walden leads Eastern in points (18.4), assists (4.6), and steals (3.2). At 6’2 he is going to have his hands full with Andrew Harrisson. Mr. Walden could find himself dealing with foul trouble.

8. Eric Stutz is a chill dude.

A little meditation a day melts the stress away

9. Who dabbles in poetry

Robert Frost himself would smile in delight. pic.twitter.com/LF1wzEmkbM

9 Comments for 10 Things To Know About EKU